It's business as usual at Macsim. Read our COVID-19 update here 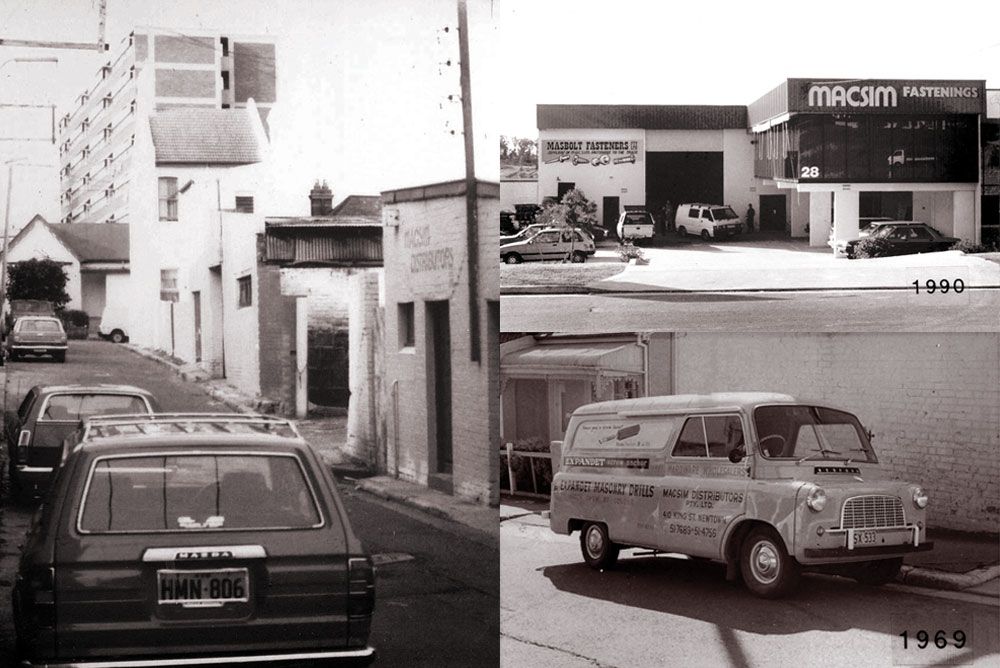 The company, founded by the father of the current Managing Director, was started in 1954 to import and distribute cleaning machines.

Its first foray into fasteners was in 1963 when the company was made NSW distributor for the plastic “Expandet” brand of wall plugs. Macsim’s plastic wall plugs replaced, the then, fibre plug and it is still one of the mainstays of its range.

From the early 70’s Macsim gradually increased their range of anchoring systems. Other fastenings, such as rivets, screws and bolts came into the range from the mid 80’s after dividing off the commercial cleaning machines into a separate company. The complete Macsim range includes 7500 stock items across Anchoring, Screws, Rivets, Silicone & Adhesives, Bolts & Nuts, Nails, Power & Gas Tools, Screwdriver Bits, and more.

Macsim has won numerous industry awards from various Building & Trade Buying Groups and in recent years has been honoured with “Supplier of the Year” proving that the company is offering quality products and customer service.

Since 2005 Macsim Head Office has been based at Eastern Creek, NSW. The warehouse is equipped with the latest in scanning equipment to ensure a fast turn-around of orders, less errors and better stock control.

Due to Macsims ongoing business growth, new warehouse developments have been necessary to keep pace with the continuing demand and ranging expansions! In 2008 a Macsim branch was set up in Townsville, 2009 the Melbourne branch moved into a brand new 2000sqm premises, 2010 an Adelaide warehouse was established, and in 2012 the Perth branch relocated to a new 2000sqm purpose built warehouse.

Macsim with its state by state supply base and new branches in New Zealand continues to go from strength to strength.